people are looking at this right now. This is on SALE, and everyone's got their eyes on it!

Define your eye lashes with this Dejavu mascara, which gives a perfect, long curl that makes you look impressive.
Price
RM 51.92
Retail
You Saved RM 12.98
Color
Please Select
Notify Me
Qty
You liked this 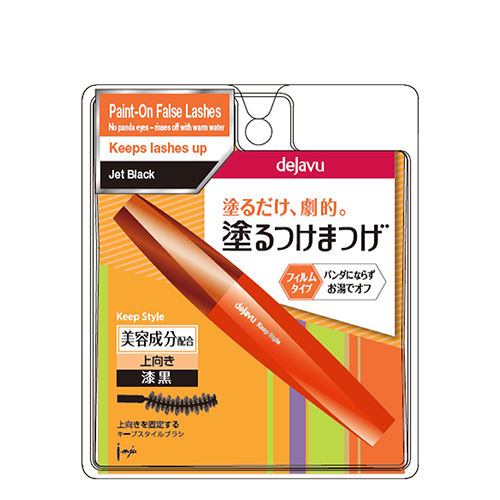 The main cause of making lashes down is excessive amount of water in conventional film type mascara. This product is successful in decreasing the water volume in the film liquid formulation after compounding ‘Fake Water Polymer’, which keeps the curls upward even after using lash curler. Highly adhesive film formulation of this ‘Paint-On False Lashes‘ forms a film coating to maintain the finish of eyelashes for a long time, which holds eyelashes curled upward all day long.*

-The film formula repels sebum and sweat. Even friction or eye drops don’t ruin the finish of the product.
-The film formula absorbs warm water, which allows the film to wash easily off your own eyelashes without damage.*

Fiber-rich film liquid firmly adheres to eyelashes, which gives you a favorite volume on your eyelashes.* All our products are 100% authentic.

By logging in, you agree to the Terms & Conditions

Get 2 FREE Masks with your first purchase.

By signing up, you agree to the Terms & Conditions and will automatically receive insider offers via email.

Don't Worry. We Got Your Back.

Please enter your registered email address so we can send you the reset instructions.

Trouble logging in? Drop our helpdesk an email admin@hermo.my or call 07-5953567